How African Economies can Hedge Against COVID-19

On the eve of production from Phase One of Ghana’s Jubilee Oilfield, Emeafa Hardcastle and Dode Seidu at the Suisse Embassy, Ghana, look at the current situation in the country’s oil and gas sector.

Ghana’s emerging oil and gas industry is considered by many to be the changing agent required by the nation to transfer its static emergent economy into a middle income developing country. However, the air of uncertainty surrounding oil and gas extraction in emerging economies has been ignited in Ghana by the political misgivings in current government circles over the deal signed with foreign investors by the previous Kuffour Administration. Current opinions across Ghana are that the deal is more favorable to investors, with less benefit to the host community and its people.
Questions are being asked about the gas deposits contribution to the government’s future energy mix and how it will be affected by the production deal between Ghana and the exploration investors? Also what amount of revenues can the government expect and how it will combine with its other exports of cocoa and gold to feed into the economy? Below, the authors endeavor to address the major issues affecting the industry.
Ghana’s Ministry of Energy is responsible for control and direction of the national oil industry. The Ministry duty is to develop and implement an energy sector policy in Ghana and supervises the operations of Ghana National Petroleum Corporation (GNPC), the Tema Oil Refinery (TOR), the Volta River Authority and the Electricity Company. Additionally, the Ministry has oversight responsibility over the Energy Commission. Ghana discovered oil off shore West Cape Three Points in June 2007. A consortium consisting of Kosmos Energy, Tullow Oil and Anadarko oil struck oil in commercial quantities at their Mahagony-1 well with initial estimates of 300 million barrels of oil with the potential of up to 600 million barrels.

Legislation
In Ghana petroleum operations are governed by the Petroleum, Exploration and Production Law of 1984 (PNDCL 84) which empowers GNPC to operate in all open acreage of the country on its own or in association with foreign partners. The basic contract between the state, the GNPC and the private companies is the Production Sharing Agreement. Smaller companies are finding it easier to explore in Ghana than in some neighbors in West Africa due in part to advantageous terms of the contract which include the following elements: No front end payments such as signature or production bonuses; negotiable royalties and income tax (currently at 35%); no limit on cost recovery, low rental payments, no restrictions on the repatriation of funds. PNDCL 84, known as the Petroleum Law, regulates oil and gas exploration and production in Ghana and deals extensively with petroleum contracts, the rights, duties, responsibilities of contractors, and compensation payable to those affected by activities in the petroleum sector.

Following the significant oil discovery in Ghana in 2007, a new Bill, Ghana Petroleum Regulatory Authority Bill, seeks to separate GNPC’s current role as regulator and player. One of the main purposes of the Bill is to establish on independent body, the Ghana Petroleum Regulatory Authority (GPRA) to regulate upstream and midstream oil and gas activities. Upstream is defined in the Bill to include exploration, development and production of petroleum and midstream activities. Midstream is defined in the draft Bill to include petroleum activities between the well-head and refinery, petroleum transportation and storage. The draft Bill also aims to “to create enabling environment for increased private sector participation and investment in the petroleum sector and to strengthen the regulatory framework for healthy competition and quality assurance. Under the proposed Bill the fiscal package negotiated and agreed upon between the parties in the event of a commercial discovery are as follows:
– Royalty in respect of oil and gas are 12.5% and 7.5% respectively;
– GNPC carried interest 10%,
– GNPC additional interest (subject to reimbursement of GNPC to contractor for its proportionate share on its participating interest) is 10% and
– Corporate Income Tax 35%.

The Statutory Corporation (Conversion to Companies) Act, 1993 (Act 461) listed GNPC as one of the statutory corporations to be converted into limited liability companies but the successor company has not been set up and GNPC has not changed its mode of operating. The draft Bill refers to the conversion of GNPC to a company limited by shares and provides that the assets, properties, rights, liabilities and obligations of GNPC are vested in the successor company. The draft Bill provides that the successor company shall be incorporated under the Companies Act, 1963 (Act 179) as the Ghana National Petroleum Company to manage the commercial aspects of the upstream and midstream petroleum activities and the operation of Government interest under the new act. The Company shall be subject to and managed in accordance with the Companies Act. The draft Bill is generally seen as a move forward in the right direction in having encapsulated the views and opinions of industry experts, academia and the general public as to how the new resource should be managed for current and future generations and ensuring the oil and gas industry in Ghana continues to thrive successfully.

Ghana National Petroleum Corporation
GNPC’s primary function is to facilitate the exploration and development of the hydrocarbon resources of the nation through efficient and technology-driven investments so as to enhance economic development in a systematic manner. GNPC is also responsible for procurement, storage and bulk distribution of petroleum products to the oil marketing companies. Ghana’s petroleum upstream development presents a great opportunity for the country not only to be self-sufficient in oil and gas production, but also with the good chance of it becoming a net exporter of these products. In Ghana the pace of exploration activity has quickened remarkably in the last few years. This is partly attributable to the detailed technical evaluation of the hydrocarbon potential and subsequent aggressive promotion being undertaken by the Corporation.

Tema Oil Refinery
Ghana is one of four West African countries with an oil refinery. Tema Oil Refinery (TOR) has an operating capacity of 45,000 barrels per day running on crude imported into Ghana. The downstream oil industry is key to the economy. Oil-derived products supply 70 per cent of Ghana’s commercial energy needs. Current consumption of petroleum products is in the region of 950,000 tons per annum. Increasing power demands by industry and domestic consumption and a need to reduce the reliance on hydroelectric power did not only fuel the search for oil and gas but also has set in motion projects relating to the importation of gas via the West African Gas Pipeline from Nigeria and Cote d’Ivoire.

Upstream Oil and Gas Prospects
Ghana’s oil and gas prospects are significant. Indeed, it is believed that Ghana’s oil and gas resources stretches across the country’s shoreline from the west (Cape Three Points) to the east (Keta). Similarly, the Voltain Basin, which covers over 40 per cent of the country’s land mass, is believed to have oil and gas reserves. This Voltain Basin is yet to be fully explored and will be given priority attention. Prospective oil revenue could bring significant transformation of the national economy if judiciously managed.

Hydrocarbon Discoveries
From the recent discoveries in the Jubilee Field which is made up of two blocs, it has become clear that Ghana is a major oil and gas country. The appraisals completed on three (3) of the discoveries indicates that the field contains expected recoverable reserves of about 800 million barrels of light crude oil, with an upside potential of about 3 billion barrels.

Jubilee Field Development
The discovered oil and gas resources in the Jubilee Field are said to be contained in the same reservoir and thus the decision to develop and operate the two blocks as one. The Jubilee Field is to be developed in phases with the aim of ensuring that gas is not flared. First oil production is expected by end of 2010. During the first phase, the daily production would be about 120,000 barrels of oil and about 120 million cubic feet of gas. The second phase will be carried out between 2010 and 2012 and will lead to a daily production of 250,000 barrels and 250 million cubic feet of gas.

Petroleum Agreements
The discoveries have elicited great interests in Ghana’s oil and Gas prospects. Currently there are eleven (11) Petroleum Agreements operating in the country at different stages of exploration or development. Government intends to accelerate the process of acquisition of blocks in the Ghana sedimentary basins in order to fully and speedily delineate the country’s oil and gas potential.
Extension of the Continental Shelf
In line with international protocol, Ghana has made a request to extend its continental shelf under the United Nation’s Convention on the Law of the Sea (UNCLOS). It is reported that the Extended Legal Continental Shelf (ELCS) holds significant recoverable reserves of oil and gas for Ghana.

Commercialization of domestic gas prospects
The Government of Ghana intends to maximize the exploitation of the gas from the Jubilee Field and other future gas discoveries. GNPC has been mandated to control and manage the development and utilization of natural gas produced in the country. The cost of infrastructure to commercialize the natural gas from the Jubilee Filed is estimated at more than US$ 1 billion. The infrastructure includes a pipeline from the jubilee field to the Osagyefo Power Barge as Phase 1 and another one to connect to the Takoradi Thermal Power Complex and the West African Gas Pipeline as Phase 2. The speedy development of this infrastructure is critical for the reliable supply of natural gas to operate some of the thermal power plants in the western corridor of Ghana.
The Government has initiated a process of solicitation of financing for the project and intends to implement the two phases of the project at the same time if financing is available. GNPC is scheduling the development of the gas infrastructure to be in place by the commencement of the first oil production from the Jubilee Field.

Downstream Initiatives
It is the Government’s intention to ensure increased local refining capacity to meet both domestic demand and exports. Currently, about 60 percent of domestic demand can be met by the TOR. To bring refining capacity to acceptable levels, there is the need to expand the capacity of TOR and also improve its operations. The Government intends to invest US$300 million in TOR to increase its capacity by about 100,000 barrels per stream day from its current level of 45,000. About US$683.5 million is to be injected into the operations of the Bulk Oil Storage and Transportation Company Limited (BOST), in the medium term period up to 2015, to improve bulk transportation of petroleum products especially to the northern parts of the country.

International Finance Corporation
The IFC has invested in the development of an offshore oil and gas project that will help diversify Ghana’s economy, meet domestic power demand, and generate revenue to support Ghana’s economic growth and development. IFC has provided a loan of $100 million to Kosmos Energy, one of the key partners developing Ghana’s Jubilee field. The project will produce domestic crude oil, generating foreign exchange income for the country and substituting expenditures for oil imports. IFC’s loan is part of a $750 million debt package for US based Kosmos that IFC helped mobilize, primarily from commercial banks. IFC further signed a $115 million loan agreement with British Tullow Oil, another key Jubilee partner, bringing IFC’s support for the project to $215 million. 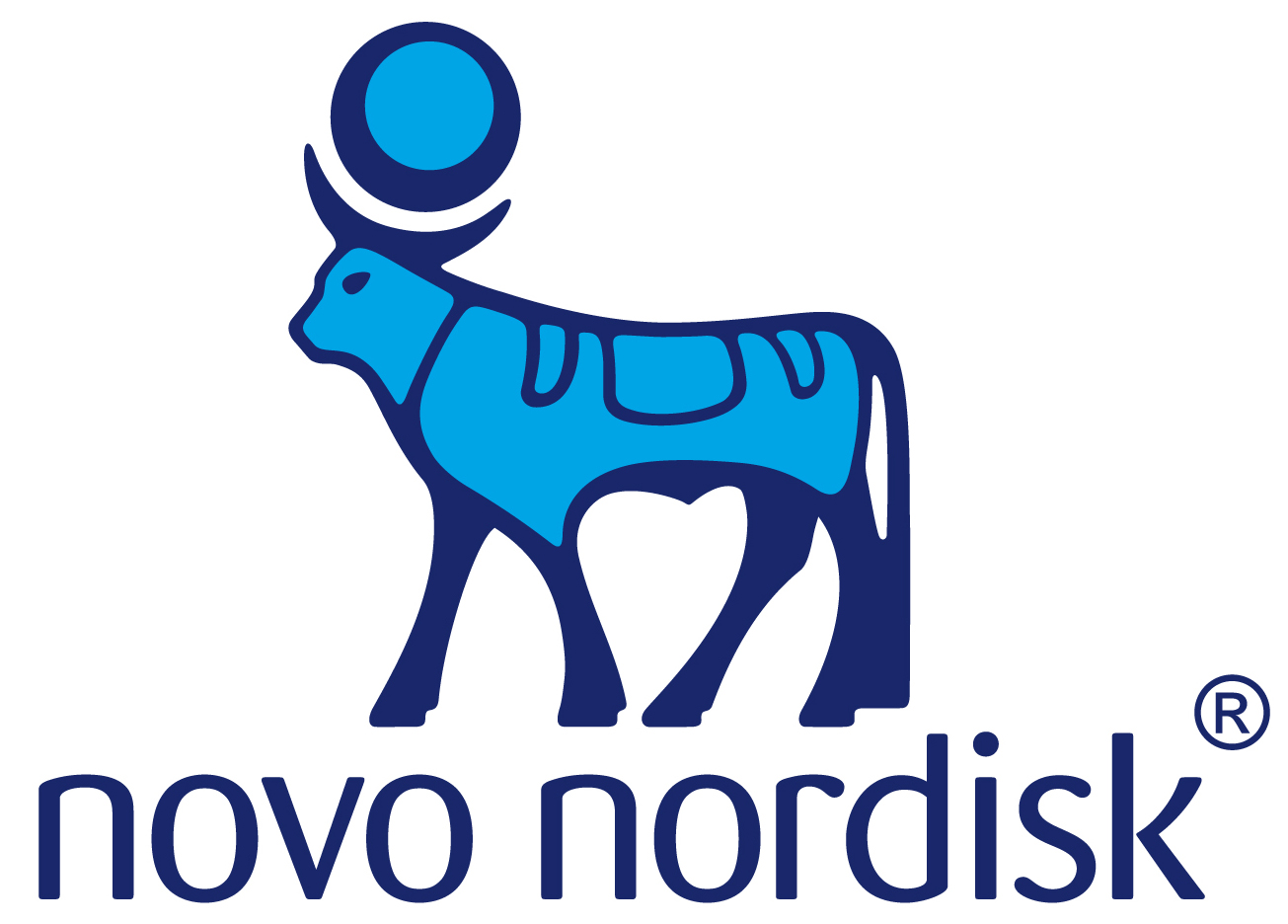 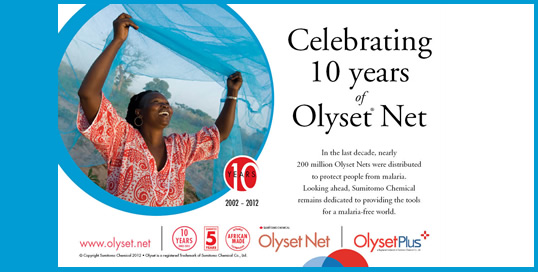