Precious metal investors can breathe a sigh of relief as precious metals finally return to performance. In the case of palladium, a trend reversal has been under-way for some time now, with the price of palladium hitting US$ 1,670 per ounce from US$ 470 in January 2016. Gold saw its latest low in October 2018 and has since risen from US$ 1,180 to – at its peak – just under US$ 1,550 per ounce. In June 2019 there was even a breakout from a downward trend channel that had lasted for years. In many currencies, the yellow metal is even trading at or close to all-time highs. Silver was also able to break through upwards in June 2019 and quickly climb from just under US$ 14 to – at its peak – US$ 19.30 per ounce. While the recent rises in silver and palladium have been driven primarily by economic and speculative factors, gold has been driven more by fiscal and geopolitical distortions. Only a continued extremely strong US$ (still) prevents a new dollar all-time high in the gold price.

Corporate Africa takes an exclusive look at South Africa’s  Caledonia Mining Company, developments and performance and forecast in the region into 20121. The information is from the Precious Metals Report Survey 2020 (Swiss Resources Capital AG) 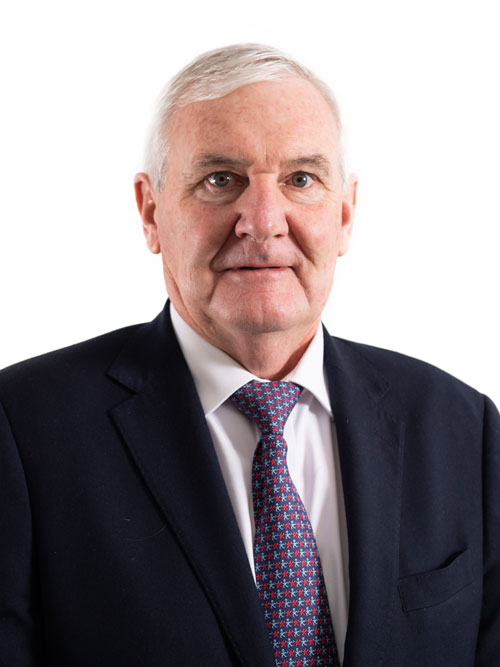 Caledonia Mining is a mining, exploration and development company with a clear focus on Southern Africa. Main asset is a 49 percent stake in the Blanket gold mine in Zimbabwe. There, the Company mined 24,660 ounces of gold in the first half of 2019. By 2021, the company plans to in-crease its annual production to up to 80,000 ounces of gold, and in the long Term to up to 250,000 ounces. The central shaft is currently being massively expanded for this purpose. The company pays an attractive quarterly dividend

Blanket Gold Mine – Expansion of stake to 64 percent Planned

Caledonia Mining currently holds 49 percent of the Blanket gold mine. Other shareholders are the government (16 percent), local partners (15 percent), surrounding communities and the workforce (10 percent each). In the course of the dismissal of former President Mugabe and the associated change of government, it became possible to take over corresponding shares of the partners. In August 2018, Caledonia Mining announced that it had reached an agreement with local partners to take over their 15 percent stake. This would increase Caledonia‘s stake in the Blanket gold mine to 64 percent. The company will continue to try to increase its share even further.

Caledonia Mining was able to present strong production figures for the first half of the year. In the first 6 months of 2019, 24,660 ounces of gold were mined at all-in-sustaining costs of only US$ 797 per ounce. This puts the Blanket Mine in the lower quarter of all-in costs. Gross profit was $11.3 million and net income was $32.6 million due to foreign exchange gains and the sale of a subsidiary. At the end of the second quarter, Caledonia had US$7.875 million in cash and cash equivalents.

The Blanket Mine has a variety of other resources in depth and between wells (Source: Caledonia Mining)

The Blanket gold mine consists of sever-al gold mineralizations that have been exploited since 1904. In 1965 Falcon-bridge acquired the project and increased gold production to an average of approximately 45 kilograms per month. In 1993 Kinross took over the project and built an extended carbon-in-leach plant with a capacity of approx. 3,800 tons per day. Gold production from 1995 to 2007 reached a level of 110 kilograms per month. In 2006, a wholly owned subsidiary of Caledonia Mining completed the purchase of the Blanket Mine from Kin-ross. In September 2010, the expansion project No. 4 was commissioned, which increased the lifting capacity of Blanket from shaft No. 4 from 500 tons per day to 3,000 tons per day.

The current Blanket Mine has eight ore shoots. Most of the mine production is currently sourced from the AR Main and AR South ore bodies, with the Blanket, Eroica and Lima shoots contributing less. AR Main and AR South are massive ore bodies with a width of up to 30 metres and are ideal for open pit long hole mi-ning. Double shaft no. 4 is Blanket‘s main shaft for lifting ore from the loading stations at a depth of 510 metres and 789 metres and has a proven lifting capacity of 110 tonnes per hour from 789 metres. The Jethro and Eroica shafts and the Winzes No. 5 and No. 6 shafts are used to transport people and materials under-ground, while the No. 2 and Lima shafts are also used to lift ore to the surface.

Although these areas still host significant amounts of gold ounces, the company decided about 5 years ago to land the large litter and expand, modernize and advance the central shaft (between AR Main and AR South) to a depth of over 1,200 metres in order to develop not only the immediate area below the current lo-west mining level of about 850 metres, but in principle all known occurrences below but also above this level. The company has already been able to demonstrate further significant resources to a depth of around 1,100 metres. The new 6-metre-diameter, very impressive shaft, which was driven to a depth of more than 1,200 metres, would make it possible on the one hand to significantly increase production – after all, three new production levels have been reached – and on the other hand could be used for underground drilling, which would save a great resources in depth and between wells.  Caledonia Mining has already invested more than us$60 million in the expansion of the central shaft and is currently working on its equipment.

Blanket Gold Mine – New central shaft in operation as of 2020

The central shaft is to be commissioned in 2020 and will then provide for a significant increase in production, while at the same time reducing all-in costs to around US$ 700 per ounce. Management expects this to result in a significant increase in free cash flow. Recently Caledonia Mining also announced the successful installation and commissioning of a new oxygen plant in the Blanket Mine. It is therefore expected that the new oxygen plant will improve metallurgical recovery and reduce cyanide consumption at Blanket. Based on the testing work per-formed, the plant is expected to improve the overall metallurgical yield at Blanket to approximately 94 percent.

Despite constant support, the company has managed to increase its resource base in recent years. In February 2018, the Blanket Mine held a total of 1.768 million ounces of gold (of which 380,000 ounces of gold in reserves, 425,000 ounces of gold in the indicated category and a further 963,000 ounces of gold infer-red). The Blanket Mine itself provides additional confirmed resources in the areas below the current mining level of approximately 800 metres, as previously mentioned. In addition, the Lima, Eroica, Sheet and Feudal ore bodies have so far only been exploited at depths between 150 and 750 metres. In the case of Eroica, there is even a gap between a depth of 230 to about 470 metres, within which further resources are also suspected. In particular, the Feudal, Jethro and Blanket areas could host a coherent ore structure that has not yet been delineated. Starting next year, the new central shaft will offer excellent access to all newly developed areas.

The entire property also has several potential satellite projects. Five of them have priority 1 status and are successively drilled for further occurrences. In addition, there are other areas that are still completely without modern exploration programs.

Caledonia Mining has been distributing a regular dividend without interruption since 2012. Currently, the dividend is US$0.06875 per quarter, representing an annual dividend of US$0.275. The dividend yield is thus currently around 4 percent.

Caledonia Mining is an interesting investment for gold investors from four points of view. First, management is working to significantly increase the company‘s stake in the mine from 49 percent to 64 percent. Secondly, the company is less than a year away from commissioning the new, central shaft, which will not only significantly increase production, but will also reach new mining levels at which significant re-sources have already been demonstrated, but which – point three – above all have a much higher resource potential. Just like possible satellite deposits on which exploration is just as active. Fourth, in the highly probable event of a significant increase in free cash flow, management plans to distribute part of this cash flow to shareholders in the form of additional dividends. All in all, the out-look is very good, allowing investors to benefit from the coming gold boom, and Caledonia Mining also has high margins and thus high leverage on the gold price.