Countdown to IATF 2021 & Revival of the African Economy and AfCFTA

Powering Africa with Renewables can Make it the Next Economic Hotspot 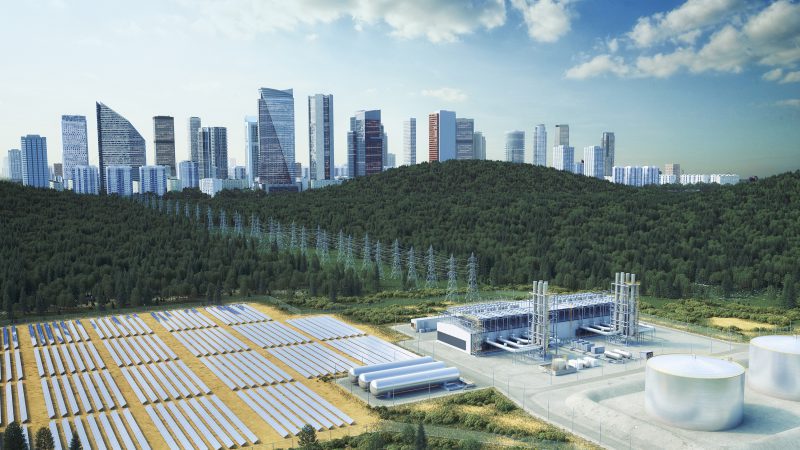 According to Wartsila Experts are calling Africa the next bright spot in the global economy, with several African nations registering strong economic growth. However, for this to continue, modernising the continent’s energy supply and distribution is a key issue that cannot be ignored.

In 2017, NASA released a series of satellite images of Earth at night. The images breathtakingly illustrated the massive inter-continental disparity when it comes to lighting at night. Europe, North America, parts of the Middle East, and East Asia were well-lit whereas Africa, Australia, Latin America, and central Asia are much dimmer.

In Africa’s case, the lack of light reflects a sobering reality: over half a billion Africans have no access to electricity, and yet more have access only to very expensive and intermittent electricity.

“South Africa is experiencing rolling blackouts and brownouts (drops in voltage in a power system). In Zimbabwe, they’ve only been able to count on eight hours of electricity each day since March 2019. In Nigeria, only 30% of Nigerians can count on electricity. In the Democratic Republic of Congo, it’s even worse,” explains George Ayittey, a Ghanaian native and president of the Free Africa Foundation.

Marco Wirén, President of Wärtsilä Energy, says, “Although there are major differences between countries, with some having large electricity deficits and others being further along in meeting their citizens’ energy needs, the continent as a whole is behind Europe and the US, and there’s a huge need for electrification.”

Africa’s electricity struggles are all the more striking when you consider the fact that the African economy is growing steadily, albeit at rates lower than the World Bank previously projected. Data from the African Development Bank shows the continent’s GDP reached 3.5% in 2018, up from 2.1% in 2016, and is projected to touch 4.1% in 2020.

Likewise, data from the EY Attractiveness Program Africa (2019) shows Foreign Direct Investment (FDI) in the continent, while it has not returned to the highs seen in 2014, has remained largely steady. In 2018, 710 projects attracted USD 75.5 billion in capital and created 170,000 jobs, a 5-year high.

So why, in spite of this, are large parts of Africa deprived of access to regular electricity? In short, supply hasn’t kept pace with demand. This is due to a number of factors, including rapid urbanisation, failure to make necessary investments, and high costs for existing electricity supplies.

Pekka Tolonen, Energy Business Director, AFEU, Region Europe, Wärtsilä Energy Business, notes the African continent has the world’s fastest urbanisation rate. It is forecast that by 2040, more than half the population of Africa will be living in urban areas. Lagos, grew from eight to 16 million residents from 2009 to 2015. However, supporting infrastructure — including power grids — hasn’t kept up. “Consequently, there are frequent blackouts, brownouts, and load shedding. Reliable power infrastructure is a major challenge today. This is partially because of a lack of generation, but also due to lack of transmission,” he says.

Wirén adds that lack of infrastructure and a dearth of funding also contribute to African utilities’ challenges. He says, “There needs to be the ability to build power plants and generation capacity. The African Development Bank, International Finance Corporation (IFC), and other institutions that can give grants and funding need to negotiate with governments to fund these projects.”

The urgent need for capital means many African countries are also open to foreign investment in the energy sector. Ayittey points to the Zambian power utility, ZESCO, as an extreme example of this. In 2018, ZESCO’s management and financial woes led to a full takeover by the Chinese Exim Bank, as confirmed in a January 2019 post by the bank.

National utilities’ operating costs are also a challenge, as the bottom line is that their generation costs are higher than what they can legally charge consumers.  As a result, they need to be continually subsidised, which is impractical if countries are working towards a healthy power market.

“When you don’t have self-standing utilities, it becomes a very difficult situation,” says Tolonen. He also explains why raising prices isn’t a viable solution. “In the short term, if you want to sanitise the utilities, you would increase the power price — but that might kill the industries and wouldn’t enable healthy economic growth. So, you’re in a sort of lock-in situation.”

Historical mismanagement of state-run energy companies by unqualified political appointees is also a problem. Ayittey argues that political change is necessary in these cases. “To be blunt, there are some countries that won’t move forward without a new crop of leaders to undertake energy reforms under new leadership”.

Finally, even those African consumers who are lucky enough to have access to a regular supply of electricity must contend with high prices. According to Tolonen, “A ballpark power price is two to three times more for energy in Africa versus in Europe or America, while at the same time the population’s purchasing power is much lower than in those comparator regions.”

According to the World Bank’s latest RISE (Regulatory Indicators for Sustainable Energy) report (2016), many countries in Sub-Saharan Africa lack officially approved electrification plans. Households and firms in these countries endure several hours of the day and night without access to power.

These energy shortages have ramifications across the board. Apart from reducing citizens’ quality of life, they decrease the continent’s attractiveness to businesses, preventing it from reaching its full potential.

Ayittey offers the example of Nigeria to illustrate this point. “In Nigeria, the energy situation is so bad that foreign investors who want to establish a business have to provide their own electricity, water supply system, and possibly even their own road to take products to the market.”

“You really can’t create jobs in certain fields without reliable and stable power,” observes Tolonen. As a result, power instability is one of the factors contributing to high unemployment rates in many African countries.

However, new technologies, especially renewables, offer hope. Indeed, many experts wonder why one of the sunniest spots on the planet is not leveraging the benefits of renewable energy to solve its energy problems.

In fact, hydropower alone could serve the entire African continent’s needs. According to Ayittey, the Congo Basin alone has enough hydroelectric potential to power the entire African continent. Ethiopia, for one, has already caught on to hydropower’s potential, investing in a EUR 3,397 million dam project, the Grand Ethiopian Renaissance Dam Project, that will generate 15,000 GWh/year once completed.

Broadly, Wirén is optimistic about the African energy sector’s future. Indeed, he believes that it, like the phone sector, could leapfrog outmoded technologies and skip straight ahead to new technologies.

“The African continent didn’t build landlines; they went straight to mobile phones. Similarly, countries don’t need to build up a huge fossil capacity first and then go to renewables. Instead, they can use energy modelling to determine the most economically viable mix of generation,” he explains.

Although Wirén believes many countries will still continue using fossil-fuel-based generation, he simultaneously believes growth will come from renewables, flexible solutions, and storage solutions coming online. Tolonen also believes that since investors the world over are generally backing away from more polluting power generation methods in favour of options that don’t produce CO2, their preferences might encourage the adoption of renewables.

Moreover, on a cost basis, Tolonen believes that low-cost renewables will crowd alternatives out. “If you can sign PPAs (Power-Purchase Agreements) at two to three cents (the latest solar price record in Africa is 2.4 cents per kWh in Tunisia in September 2019, and we’re seeing solar power plants signed in several countries just above 3 cents per kWh) across the African continent, that’s a price that’s a fraction of what we were seeing even two years back. The knee-jerk reaction is why would we build anything else if we can get this so cheaply?” He concludes, “The first reaction is, ‘I want to get more of this inexpensive thing.’”

Tweet Email Tweet Email In addition to establishing a business-to-business and a business-to-government exchange platform for business deals and advisory services, IATF2021 will also operate a... END_OF_DOCUMENT_TOKEN_TO_BE_REPLACED